Whole-slide images often contain artifacts like marker or acellular regions that need to be avoided during analysis. In this example we show how HistomicsTK can be used to develop saliency detection algorithms that segment the slide at low magnification to generate a map to guide higher magnification analyses. Here we show how how colorspace analysis can detect various elements such as inking or blood, as well as dense cellular regions, to improve the quality of subsequent image analysis tasks.

This uses a thresholding and stain unmixing based pipeline to detect highly-cellular regions in a slide. The run() method of the CDT_single_tissue_piece() class has the key steps of the pipeline.

Additional functionality includes contour extraction to get the final segmentation boundaries and to visualize them in DSA using one’s preferred styles.

Here are some sample results: 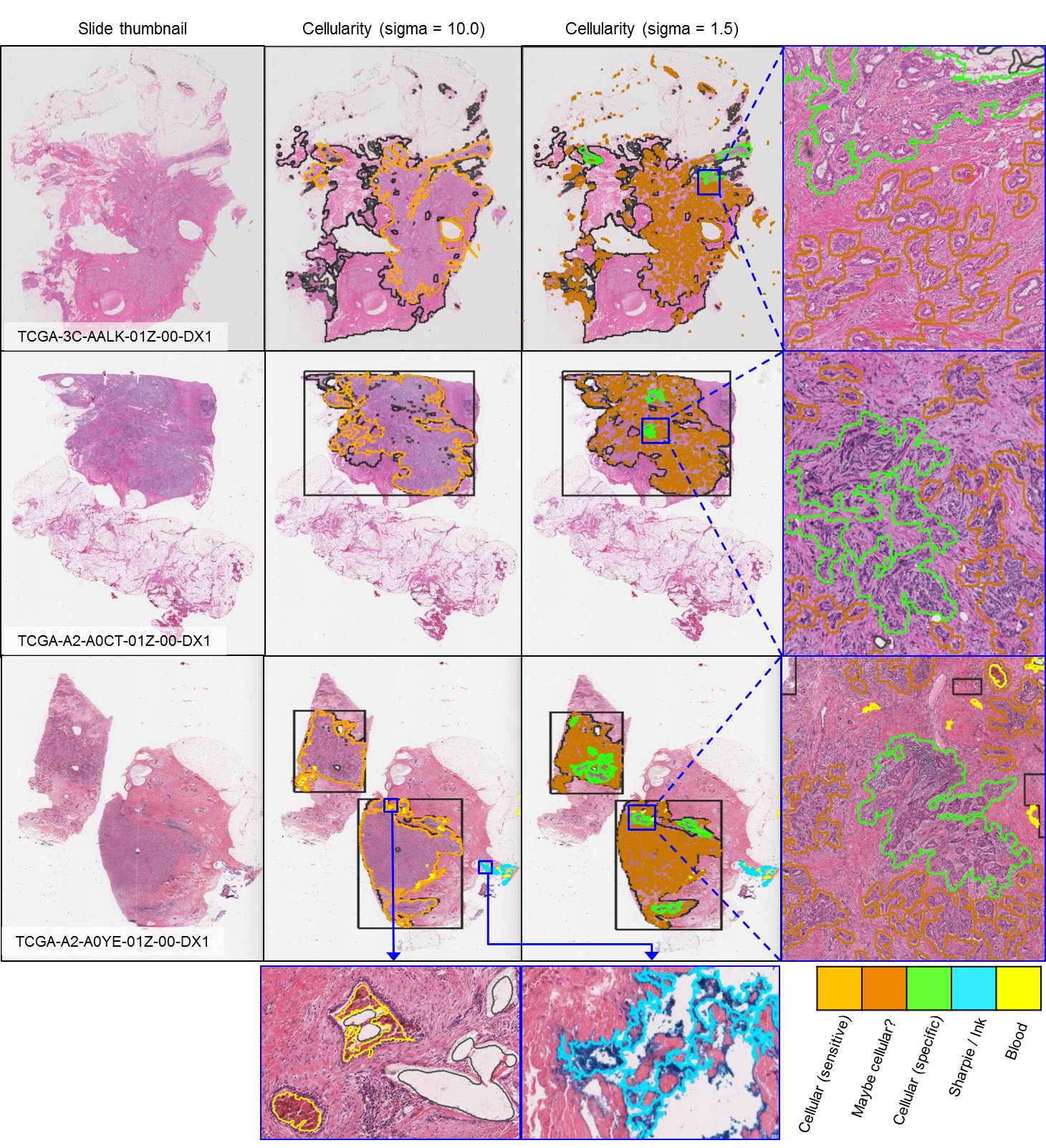 Get some idea about the implementation details and default behavior.

The only required arguments to initialize are gc, slide_id, and GTcodes. Everything else is optional and assigned defaults, but you may want to read up on what each argument does to adjust to your specific needs. The default behavior is defined at the beginning of the __init__() method.

By default, color normalization is performed using the macenko method and standardizing to a hematoxylin and eosin standard from the target image TCGA-A2-A3XS-DX1_xmin21421_ymin37486 from Amgad et al, 2019.

If you don’t like this behavior, and would prefer to use your own target image or a different color normalization method, use the set_color_normalization_method() below.

The resultant list of objects correspond to the results for each “tissue piece” detected in the slide. You may explore various attributes like the offset coordinates and labeled mask.

Check the visualization on HistomicsUI¶

Now you may go to the slide on Digital Slide Archive and check the posted annotations.